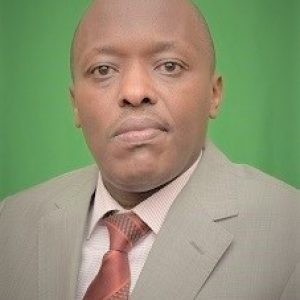 Albert Mwenda is the Acting Director General of the Budget, Fiscal and Economic Affairs Directorate at the National Treasury. He is responsible for overseeing Macro and Fiscal Policy affairs; Intergovernmental Fiscal Relations; Financial and Sectoral policy issues; Budget issues; and Public Procurement affairs. Albert has over 20 years of experience in central government and private sector organisations.

He made significant contributions in the development of Kenya’s policy and legislative framework for public finance management and management of fiscal relations between the two levels of government.

Albert was also involved in the formulation of the Public Finance Management Act, 2012, the Public Procurement and Asset Disposal Act, 2015 and the Public Audit Act, 2015.

He worked as a consultant the World Bank, the United Nations Children’s Fund (UNICEF), United Nations Development Programme (UNDP), Norwegian People’s Aid (NPA-Rwanda), State University of New York (SUNY Kenya), Society for International Development (SID), among others. He was a one time Chief Executive and member of the Board of Directors of the Institute of Economic Affairs (IEA) Kenya. He possesses excellent knowledge of public finance and budgeting, as well as fiscal policy. additionally, Albert was a development studies lecturer at the St Paul’s University, Limuru (Kenya) on a part-time basis.

Albert sits on the Boards of the Commission on Revenue Allocation and the Competition Authority of Kenya as an alternate to the Principal Secretary of the National Treasury.