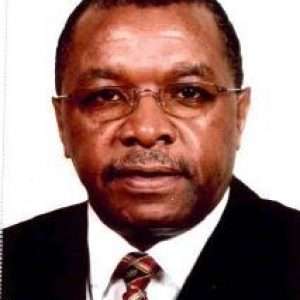 Mr. Wanjuki Muchemi is a senior legal practitioner with a wealth of experience in International Commercial Law, Arbitration, Alternative Dispute Resolution, Multilateral and Bilateral Finance negotiations. He is currently serving as a non- Executive Director in the Boards of several listed and private companies.

Mr. Muchemi has served as the Solicitor General of the Republic of Kenya and the Principal Assistant to the Attorney General. During his tenure, he was awarded the Chief of the Order of the Burning Spear (CBS) (First Class) by His Excellency President Mwai Kibaki, for his dedicated service. In addition, he previously served as a Director in several State Corporations as well as at the Centre for Corporate Governance for 10 years.

He holds a Master of Business Administration (MBA) degree in Strategic Management and a Bachelor of Laws (LL.B. Hons.) degree from University of Nairobi. He is an Advocate of the High Court of Kenya, Fellow of The Chartered Institute of Arbitrators, London, U.K. (FCI Arb.), Member of The Institute of Certified Public Secretaries of Kenya (CPS (K)), and The Law Society of Kenya.