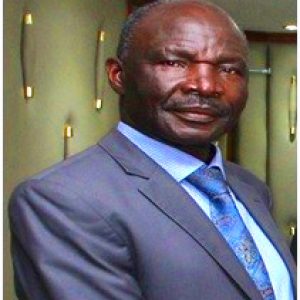 Prior to joining the Civil Service, he worked in the Military which he joined as a Cadet Officer close to 40 years ago. He diligently served and worked his way through the ranks in the military and rose to the rank of Major General and was appointed to the position of Assistant Chief of General Staff in-charge of Personnel and Logistics. He retired as a Major General in 2014 after close to 33 years of Service.

During his time in the Military, Maj. Gen (Rtd) Dr. Kihalangwa underwent various military courses and Strategic Leadership training, locally and internationally. He is an Alumni of the National Defence College (K), National Defence College ‘ensp’ (RSA) and Defence Staff College (K). He holds a PhD and a Master’s degree in International Studies and Diplomacy from Washington International University (WIU) in the United States of America. He further holds a Diploma in Strategic Studies and a Diploma in International Studies both from the University of Nairobi (UoN).