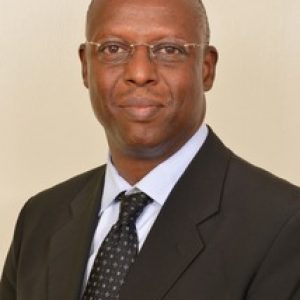 Since his appointment as Principal Secretary in December 2015, Mr. Kamau has been instrumental in the development and implementation of landmark oil and gas projects which include the Kenya Petroleum Technical Assistance Project (KEPTAP), a World Bank funded project for capacity building in the petroleum sector in the country. He is also steering two key flagship projects: The Early Oil Pilot Scheme and the Crude Oil Pipeline.

Mr. Kamau has vast experience in the mining, oil and gas sectors spanning over twenty five (25) years. He previously held senior positions in Saillies Ltd. the oldest Johannesburg Stock Exchange listed mining company and Drillex Ltd, a mineral exploration drilling company with drilling rigs in South Africa, Mozambique and Zambia. In addition, he has been a director of Gulf of Guinea Petroleum Company in the Republic of Congo.

In his oil trading career, Andrew has advised on various petroleum upstream, mid/downstream ventures in countries in the region. He successfully negotiated USD 60 Million revolving line of credit for the Democratic Republic of Congo for the purchase of refined petroleum products. Other achievements include helping in the development of the tender and supply contract for gasoline on behalf of the Government of Sudan, export of 200,000 MT of gasoline from the refinery in Khartoum and supplied over USD 200 million worth of refined petroleum products to Tema Oil Refinery in Ghana.

In 2005, Andrew was awarded the Deal Maker of the Year by Global Pacific Partners.